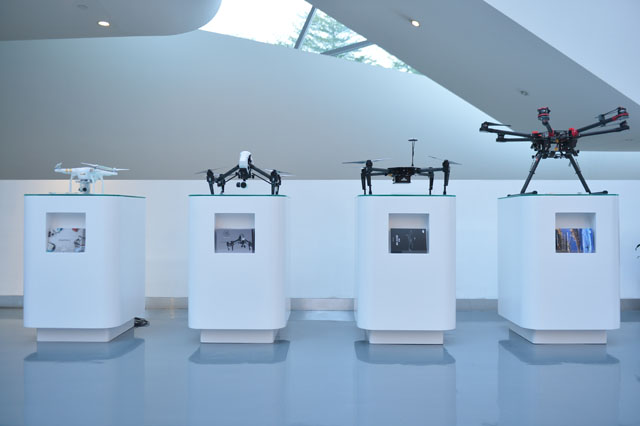 Why DJI Has Been Successful With Drones

The DJI brand has captured our imaginations and dreams of flying and turned them into reality. While there are dozens of drone brands for both hobbyists, videographers, and even businesses, DJI remains the dominant player.

Here are our top three thoughts as to why. There was a lot of hype about the Lily drone a few months ago which looked awesome  — it could follow you down mountains as you crushed it on your snowboard. The video went viral but unfortunately the company decided to pull a plug on development. This also caused a perception in the market that most drones could follow you or had this features, which is incorrect.

It’s not easy, or cheap, to build a great drone and many companies like Lily have found out the hard way. The Karma drone by GoPro DJI suffered a similar fate. Wile many have spent tens of millions in development on their product, and while other brands have tried to follow suit they haven’t been able to match the quality of the DJI Phantom and Mavic models.

In addition to DJI Mavic and DJI Phantom, DJI has developed the consumer drones Spark and professional drones Inspire (1 and 2).

They were the first. Usually the first brand in a category tends to stick the most in our minds. Often times the brands themselves are interchanged for the products. For example you can think— Heinz ketchup, Xerox printers, Harley Davidson motorcycles, and Campbell’s soup.  You don’t see Heinz making candy bars or Harley making sports cars for a reason.

These perceptions are ingrained in our minds, but interestingly, historically speaking these companies were also the first of their kind in their respective categories.

Similarly, the DJI Phantom series was really the first consumer hobby drone that was able to develop a strong community and following, and our prediction is that it will stick for years to come!

We have seen DJI release drones and applications targeting everyone including consumers, photographers/videographers and and businesses. DJI has even expanded into offering imaging solutions including aerial ( X5S) , pro (Ronin 2) , and handheld (Osmo).

The Phantom/Mavic series is affordable and perfect for a hobbyist, while the DJI Inspire 2 shoots in 5.2k and good enough to produce footage for cinematography. Indeed movies are already being made with the Inspire! For 3d mapping, agriculture, and land surveying DJI has these covered as well with their Agris series. The Matrice series is designed especially for developers and allows them to build new platforms on top of the drone so you can really customize it. This means that the drone is a platform in itself.

DJI also recently released the DJI Spark — even smaller and more portable than the Mavic. The camera is not as great as the other DJI models, however, it can land in your palm and responds to gestures. Super cool, and a closer to move to lowering the barrier for any type of consumer.

We’re excited to see what DJI comes out with next and in particular looking forward to some of the more fun applications like a more lightweight version of the DJI goggles (which are still a little bulky) and rumors of the Phantom 5.

Keep doing what you’re doing DJI, we love it!

Feel inspired to try a DJI drone yourself? We offer drone rentals for DJI Phantom or DJI Mavic here!