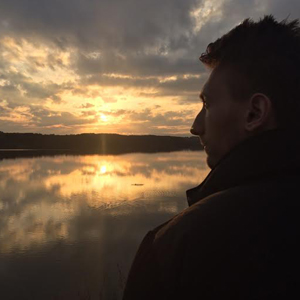 We took our Phantom 4 out for whirl on a beautiful, crisp winter afternoon on Tama Lake, about 1 hour west of central Tokyo. The location is breathtaking, with a semi-futuristic park, ferris wheel, and an “illumination park” which wraps around the area in a river of multicoloured lights. Drone or no drone, this is the bonafide date spot that your date has never been to.

We initially chose the place after having checked the location on thefly zone map — it looked like an oasis amongst a sea of restriction. Tama lake is right next to the Seibu dome and Seibu Yuenchi is the closest station. There is a beautiful park called Toritsu Sayama Natural Park the sits right on the lake, and while very tempted to whip out the phantom then and there, the park is technically within Tokyo and thus off limits as a fly zone, like all parks. Not to mention it was full of small children and couples walking their corgis, so we didn’t want to disturb the peace, or cut off any fingers. Next to the park there is an amusement park, and a golf course, which are also no fly zones. After further exploration we found a bridge that separates the lake and park, and took a stroll to the other side where we found a nice little courtyard — aka the perfect launchpad. This was technically outside of the park area, and fine to fly. The weather conditions were perfect, very little wind, great visibility, and we hooked up the propellers and shot up into the sky across the lake. It’s a rather quiet place so the swishing sound immediately attracted bystanders, and we had several people come up to us to watch on screen.

We got some pretty good shots right around sunset, and our phantom got up to the clouds so we lost it for a moment. Right after our battery light turned yellow we brought it back down to a safe landing. Almost as soon as it landed we were hit with a gust of wind as a dual propeller, black-ops style military helicopter appeared out of thin air and zipped directly above us, around the same height as the drone. What the…? That was a close call. Note to self — don’t fly too high.

Overall a good place to fly and highly recommended — 6 out of 10 stars. The reason I give it a 6 is mainly because of the confined space you have to launch your drone and secondly the relative danger you have in flying your drone over water. It is absolutely not the place where you take your drone for the first time to learn the basics. You better have done it once or twice before, and be confident in landing, as you pretty much have to fly over water the whole time and land the drone in a small space. How to get there

Tama Lake is a stones throw from Tokyo. The easiest way to get there is to take the Chuo Line (red) to Kokubunji
station (国分寺駅). From their, take the Seibu (西武) line directly to Seibu Yuenchi station.