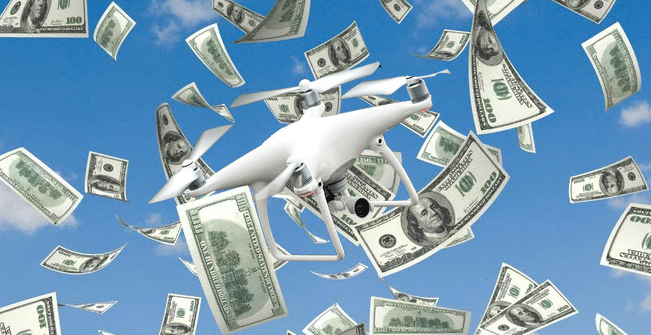 The first drone-specific investment fund in Japan was launched on June 1st of this year. This is big news and is the first of its kind in Japan. The “Drone Fund” size is about $9 million USD.

According to Chief Dronist Kotaro Chiba-san’s promo video, the goal is basically to help build badass drone startups. The board consists of a team of ex-googlers and professional drone experts.

They’ve already created partnerships with universities, production companies, and a startup community type meet up with the help of Tokyo University.

This is great for two reasons.

Firstly, it is great for Japan because the fund was raised by a drone expert and well known venture capitalist. Considering most investment has traditionally come from corporations (corporate venture capital), and most exists in Japan tend to be via IPO rather than M&A like the U.S, this is a good move to stimulate the ecosystem.

Secondly, the fund seems open to various business to consumer and business to business drone startups. For example, they’ve already invested in an agricultural drone startup that measures rice crop health, as well as consumer drone racing startup — two are worlds apart! While the funding size of each investment has not been disclosed, the relatively open approach will allow a diverse range of startups to be funded.

Japan is full of amazing people, technology and even scientists. In fact, after the US and China, Japan ranks #3 in the number of patents they file each year — roughly 300,000 last year. The problem is that they have failed to bring them to market, ranking a dismal 74th place in terms of commercialized patents. Why? Simple. Because of the long standing stigma of entrepreneurship, risk averse nature of Japanese culture, and lack of community that matches smart investors to entrepreneurs.

That said, these things are all starting to change and Japan is starting to see increased investment, both local and foreign. Initiatives such as the Drone Fund are highly critical to the continued growth and nurturing of great ideas and great entrepreneurs, and I’m excited to see what products and businesses come from it.