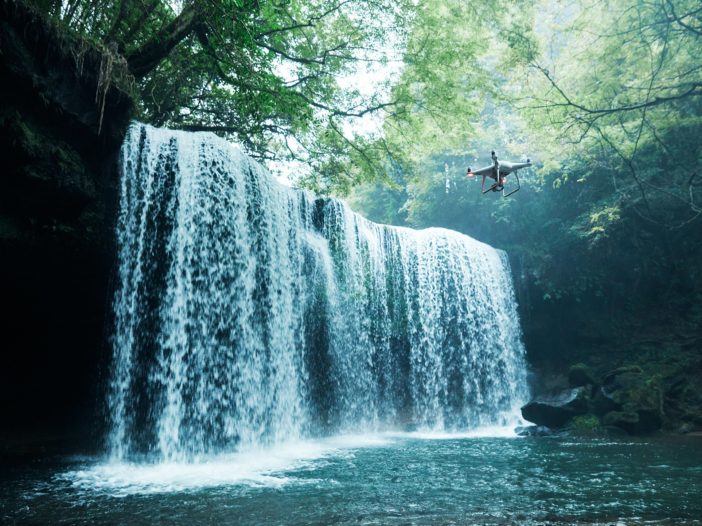 I stand at the foot of a mountain, awe-inspired. It is lush with trees, a mix of rich green conifers with spots of a brown set against a crisp blue sky. It towers over me completely. A bird swoops down and is suspended, almost weightless, free of concern, free of thought. The contrast of a small graceful creature against a towering nature gives the bird the appearance that it’s almost hovering.

Like our ancestors, up until recently, I could only do two things. Either stop, stare, and appreciate it’s beauty. Or I could start my climb up the mountain. If I was lucky maybe I had a horse to help in the ascent. Religions the west are most familiar with are Judeo-Christian, Islamic, and even Buddhist. These religious claim reign to some sort of god figure, savior, and in some cases several polytheistic gods. Before the guidance of their written texts, stories and prescription of how we should live our individual lives, we know that religion took inspiration from a simpler form. Our ancestors looked around — earth, wind, air, fire. They prayed for the torrential downpour that could sustain a crop, and unwelcoming of the ferocious storm that could destroy one. They worshiped the sun that brought needed warmth and feared the bitter cold that could bring death.

Humans were at the mercy of mother nature. We still are, but can control it a little bit better now.

The belief in the supernatural and the power of plants, animals, inanimate objects and ourselves is referred to as “animism.” The Greek Phoenix was a mythical bird that we’ve all seen portrayed at some point or another. It appears again and again throughout various cultures and symbolizes rebirth, the sun, and life in paradise. Hinduism has a strong base in animism. The old testament in the Bible is ripe with examples of the power of nature and the attempt to control it. Floods that destroyed the earth, miraculous parting of seas, deadly plagues, and sacrificing of lambs. The fate of the man who is confined to the earth and cannot break through to the heavens continues on a darker side of this theme. Icarus was the imprisoned man who tried to escape his captors by way of flight. His father constructed wings out of feathers and wax and warned him not to fly too high for fear of melting his wings and not too low for fear of getting them wet in the sea. In the end, he flew too close to the sun and burned off his wings, sending him plummeting to his fate in the abyss of the sea.

We have been trying to reach the sky, and the stars, for a long time. DaVinci came up with his “flying machine” which came very close to killing him. Before the Wright Brothers many were not so fortunate. In 1969 we landed on the moon and took things to a whole other level. Why? True, there was some race against the Soviets. But then what? Other than that it was to say that “we did it.” The idea of flight has captivated humans for very long time in every way imaginable. I remember the movie The Boy Who Could Fly. In retrospect, it was cinematographically subpar, but I remember feeling drawn to it on a different level. A real stretch of my imagination, but at the same time a desire so primeval it was hard to explain.

Some theorists suggest that our dreams were formed over Millenia and emerged from the same cognitive soup as our fellow homo sapiens. Psychologist Carl Jung describes these dreams as “archetypes” (models) and explains why most people, regardless of culture, have the same dream of flying, or falling, at some points in their lives. He suggests that dreams where you are flying with no control as negative experiences, interpreting them as a lack of control in your real life.

Perhaps our desire to touch the sky and our desire to be close to nature is, well, natural. When I was probably 4 or 5 years old I vividly remember the dream of floating around my house, aimlessly, trying to gain control of my “flying powers” but to no avail. Maybe you have a similar dream, or recollection, long ago. The feeling and that memory live to this day, and while I know it was a dream the feeling of it being strikingly real is something I’ve held onto for years. We all have flying dreams.

Here comes the love for drones

It’s, therefore, no surprise that we are fascinated with the invention of something like drones. They’ve given us the ability to fly and to control flight. And to record those images and videos. At the core the idea is simple — flight — but the medium is modern and accessible. I’m talking about hobby drones that any child or adult equally can learn to use to literally conquer the skies. The DJI brand is the first company to really make this possible with their Phantom series and is leading the way in reliable technology — brand is all about reliability and consistency.

Comparing other “flying machines” it’s true that for the past 100 years we’ve been able to fly in a host of different contraptions, namely airplanes. But I think this is different. Unless you’re in the cockpit manning the plane, you have little control over the flight path, speed, and consequently, your fate. It is in the hands of others, and this scares some people to death. Paragliding is another one where you no doubt get to experience the physical sensation of flight, but with lessened control and — let’s be honest — some actual risk of death. Helicopters, ditto. Skydiving is not really flight in so much as a largely uncontrolled free-fall at the hands of gravity, usually strapped tightly to the front of a pony-tailed skydive instructor.

Drones, on the other hand, are controlled completely by the pilot — you — and like a bird, you can control how far and high it will go. More control equals more happiness (as long as you’re in control). This feeling of control, coupled with the “bird’s eye view” that you can now get on a  screen of a well-sized iPad is as close as many have gotten to true, controlled flight. There is no risk of death. The worst that could happen is flying your expensive purchase directly into the mouth of a waterfall, like I did last week. Perspective is always powerful and the new perspective can not only make for some great photos and videos but really give people a chance to step back and look at things from a high level, quite literally.

It’s also not surprising that we are trying to take this to the next level. I suspect the next wave could be drones that are hooked up to a virtual reality where you can actually experience flying in real time and have control over your flight path. This is already possible with the technology we have but not widely open to consumers…yet.

You now have the choice to stand in front of the mountain and, like a winged animal, take a sharp swoop over the mountain. No fake wings and no rocket fuel required. It’s just you and a drone, free to explore as you wish.